BACKGROUND: Chromoblastomycosis is a subcutaneous infection, with chronic evolution mainly caused by Fonsecaea pedrosoi. In general patients’ response to treatment with antifungal drugs has been poor. The in vitro antifungal activity on fungi causing of this mycosis reported in literature has been variable.

OBJECTIVE: To evaluate the in vitro antifungal susceptibility of different dematiaceous fungi from a collection, to fluconazole, itraconazole, voriconazole and posaconazole.

MATERIAL AND METHOD: An observational and experimental study performed on fourteen fungal isolates causing of chromoblastomycosis conserved in the Medical Mycology Laboratory’ Collection. The in vitro antifungal susceptibility was determined by the E-test method. Four triazole compounds of first- (fluconazole and itraconazole) and second-generation (voriconazole and posaconazole) were evaluated, and their antifungal activity against the fungal species was compared.

RESULTS: The minimum inhibitory concentration for itraconazole was from 0.017 to 1.0 µg/mL; from 0.52 to 6.0 µg/mL for voriconazole; from 0.009 to 0.25 µg/mL for posaconazole; and ≥256 µg/mL for fluconazole. Therefore, the highest antifungal activity was observed with posaconazole and itraconazole, mainly against isolates of Phialophora verrucosa, followed by Cladophialophora carrionii.

CONCLUSION: In this study the effectiveness of itraconazole and posaconazole against chromoblastomycosis agents was observed. The E-test method could be a useful tool to determine the in vitro antifungal susceptibility pattern on fungi causing of chromoblastomycosis and contribute to establish a timely treatment and reduce the low response and relapses of patients with this mycosis. 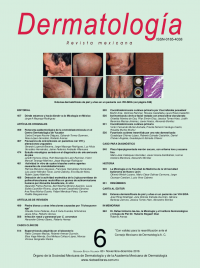